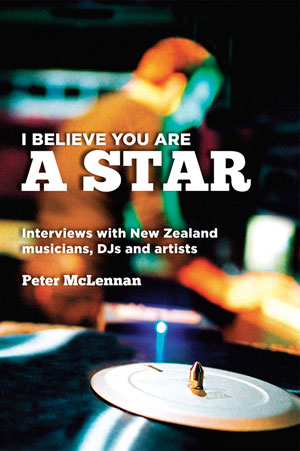 Esteemed DJ/writer/record label boss Stinky Jim has reviewed my book on his blog, read on...

"Been meaning to spout something about this for a hot Sandringham minute, but it’s taken this long to get round to it. Full disclosure demands that I state that I consider Peter a mate, and sometimes colleague on the decks or typewriters or suchlike, and this tome has a couple of interviews/features with me and RTM associates, so – y’know unreliable witness!

"However, as much as I have protested in the past that there really is no need for any more books on recent NZ music (and generally maintain so) I think Peter’s is well worthwhile, and the exception that just kind of proves that rule. Lots of interviews and features, decently written by someone who knows the score – what more could you wish for? The price is nice too, stupidly nice, follow the links and school up."
Buy locally / globally kindley babylonianly


A review of my book  from Grant Smithies, Music Editor, Sunday Star Times...

"In this collection of brief, insightful interviews with musicians, producers and DJs, many first published in magazines sadly now defunct, Peter McLennan has given us a valuable addition to the burgeoning shelfload of books examining contemporary NZ pop music.

A musician and DJ himself, the writer’s own ego and opinions are largely invisible; he is more interested in canvassing the views of his subjects than presenting his own, making the book feel more like oral history than critique.


Result? Calmly and in their own words, musicians tell us about their creative process and ponder the difficulties of getting your music heard in this little country of ours.

With a stylistically diverse range of performers and the earliest interviews carried out two decades ago, “I Believe You Are A Star” gives an overview of sounds, scenes and careers that have changed phenomenally since the original pieces were written.

Many of the musicians are interviewed at pivotal points in their working lives- some caught in the updraft, others trudging along a creative plateaux, a few in decline, two now dead - which makes for fascinating reading when the reader can fill in the gaps as to where these performers went next.


From noise rock to electronica, reggae to hiphop, te reo Maori music to chart pop, much ground is covered on McLennan’s magical mystery tour, and you’re only too happy to tag along for the ride."


And from Philip Matthews, in The Press/Dominion Post, Saturday July 6th...

"It's always good news when New Zealand rock music is taken seriously as cultural history rather than ephemera or commercial failure. Exhibit A: The excellent Audioculture website that launched in May. Exhibit B: Books such as this, which compiles magazine articles written by music journalist Peter McLennan between 1992 and 2003.

The title is borrowed from Shayne Carter's first album as Dimmer, and McLennan's 2001 interview with Carter opens the book. It's a good way to set the scene for the pieces that follow, which are about the difficult business of making music in New Zealand as much as they are about the creative output.

In the end, you do it for love not money, and the same idea might apply to publishing: several of the magazines that these stories appeared in have since hit the wall and McLennan's book was independently published in the same DIY spirit that informed much of the music."

You can buy the book at Conch Records, Real Groovy (Akl), Slowboat Records, RPM Music (Wgtn) and online from Amazon.com, and also on Kindle here.
Posted by Peter McLennan at 8:31 AM